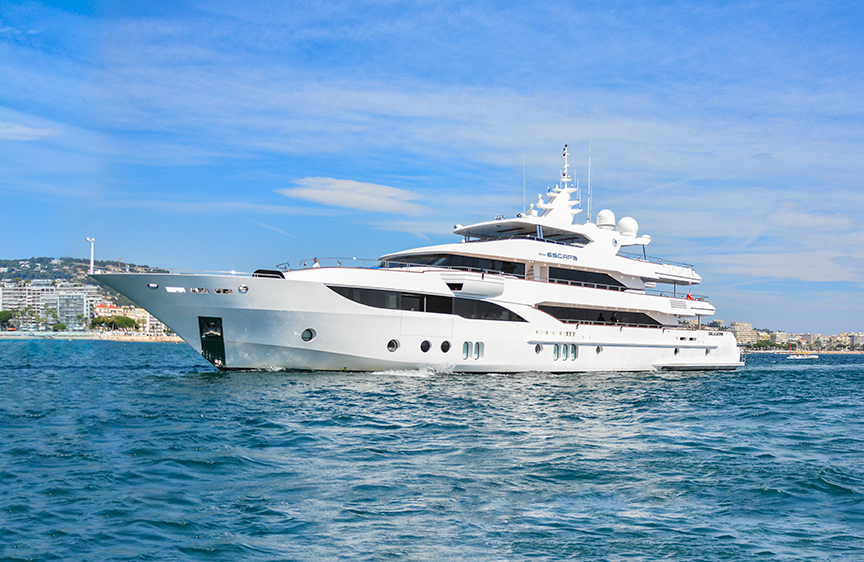 The award-winning manufacturer is one of the world’s leading superyacht shipyards, a merit it has achieved through continuous investment in research and development.

Set against the stunning backdrop of the French Riviera, Gulf Craft’s exceptional showcase marks its European debut of the Majesty 155, which is not only the shipyard’s largest superyacht to date, but also the largest on display at the Cannes event.

The Cannes Yachting Festival welcomes approximately 50,000 visitors every year and is considered Europe’s premier in-water boating event, with nearly 600 boats on display in their native setting.

According to the latest Wealth Report by Knight Frank, Europe is home to the second largest population of Ultra High Net Worth Individuals, with a collective wealth of approximately USD $4.6 trillion. And as the world rebounds from economic hardship, smart buyers are recognizing that now is the time to invest, says Gulf Craft CEO Erwin Bamps.

Earlier this year, the Majesty 155 won the coveted CEDIA Award for ‘Best Yacht Installation’, signifying Gulf Craft’s capacity to deploy the best that entertainment technology has to offer across the largest of its craft. The shipyard also received a second order of the Majesty 155, which it is aiming to deliver by next year.